There are several ways to communicate across Bucks County, Montgomery County, Chester County, Delaware County, PA, and the Greater Philadelphia area. Cell phones are the most common form of communication among family and friends, but when it comes to your workload and duties, are they reliable enough to convey your message?

Delivering consistent and clear transmissions when you need them most, two-way radios are a leading form of communication among several industries, businesses, and services. Our team at Metropolitan Communications is here to help workers and municipalities throughout Camden County, NJ; New Castle County, DE; and Gloucester, NJ, learn more about the differences between two-way radios and cell phones.

Benefits of Using Cell Phones for Your Business Communications 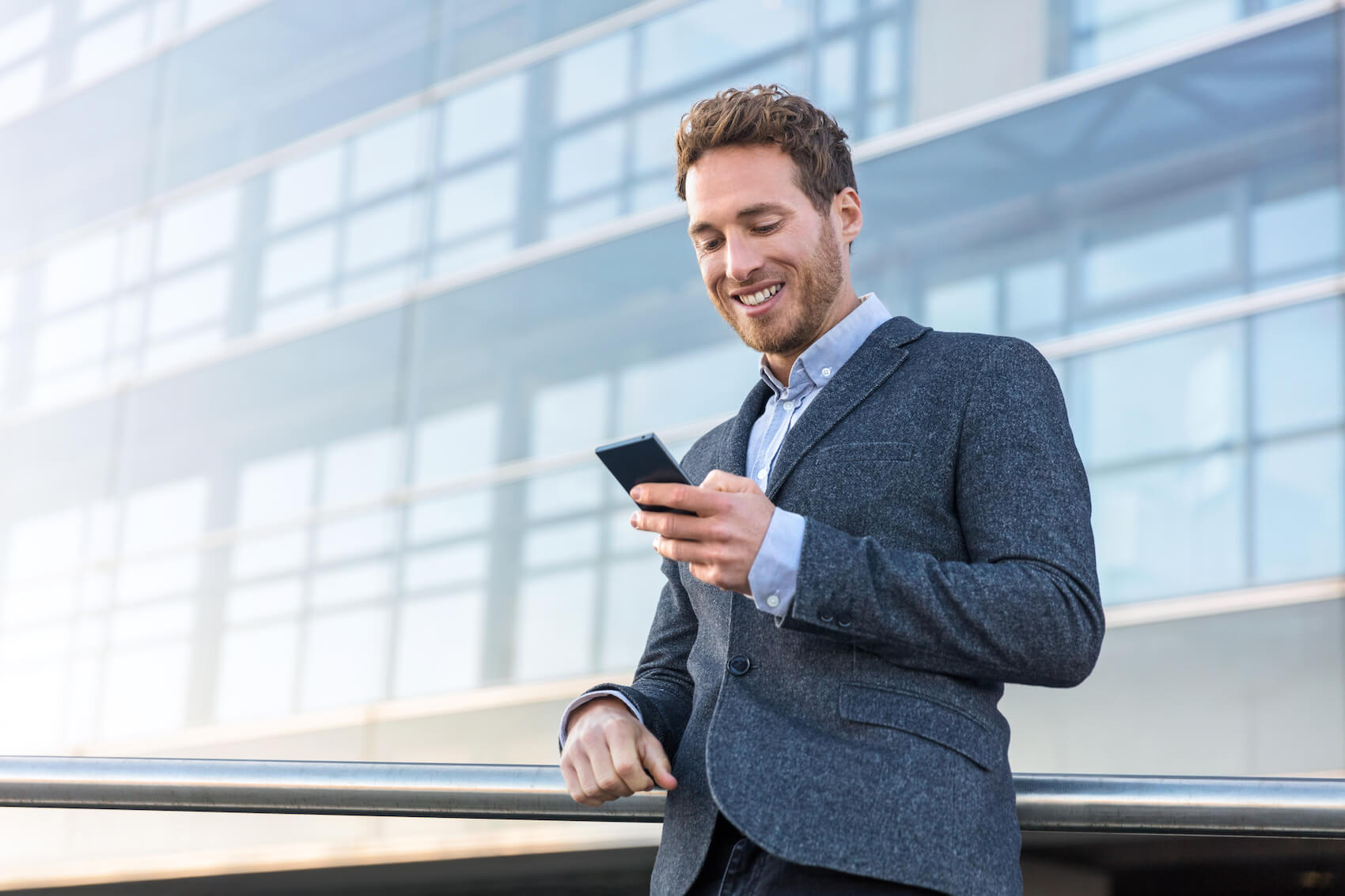 Today’s smartphones are essentially pocket computers with telecommunication abilities. On top of making calls, you can send text and picture messages, access the internet for email and social media, and engage in plenty of other web-based forms of communication. Because of the equipped camera, some phones offer video-chatting capabilities, as well as facial recognition that can keep your information secure should your phone get lost or stolen.

Cell phones are an all-in-one tool that virtually everyone uses. They can store vital information, like your contacts, important calendar notifications, and even minute-by-minute news updates, so you can keep your finger on the pulse of what’s going on in the world.

Cons of Using Cell Phones for Your Business Communications

While cell phones are necessary for communicating with friends and family, they’re not always the best for work and public service needs. Between the ongoing cost of data and usage, and the price of the phone itself as a piece of technology to purchase—cell phones can incur costly monthly payments.

Cell phones aren’t always 100% reliable, either. Because they work based on cell towers, sometimes connections can be weak in areas around your town or city, resulting in poor call quality and, inevitably, dropped calls.

Facial recognition and keypad access to open a smartphone’s menu no doubt provide added security, but these features could pose an issue in certain situations. Say you’re out on the job and need to report an emergency, but the camera doesn’t recognize your face; it could add unnecessary time to get the call out quickly.

The same goes for the touchpad unlock mechanism. These keys are sensitive, and in a frantic situation, it’s easy to enter the wrong code or have your fingers slip to the wrong digit on the screen, especially in work environments that require PPE like gloves, goggles, and masks.

Lastly, today’s cell phones aren’t exactly durable. They tend to break easily when dropped a short distance, which can result in a cracked screen or damaged camera, making it more difficult to operate overall.

Most cell phones aren’t built to withstand the elements and are highly susceptible to damage when excess moisture is present. Submerging a smartphone in water can leave you with a completely dead phone, or, if salvageable, a phone with functionality issues. If the damage is irreparable, the phone will need to be replaced at additional cost if not insured.

If your business, industry, or department relies heavily on communication, then you need a direct two-way solution. Motorola two-way radios offer clear channels, easy-to-use touch interfaces, and dual microphone systems. This trifecta of features was created with service-based businesses and emergency responders in mind, ensuring your message comes across clearly, and you can hear crisp responses even if there are loud sirens or heavy equipment in the background.

Two-way radios are also highly durable. They feature reinforced designs to make sure they’ll withstand impacts, shocks, and even full water submersions. They’re military tested in the harshest environments, so you know they’ll be able to meet your communication demands no matter the situation.

Even though they both enable on-the-go communication, there are quite a few differences between these respective handheld devices. 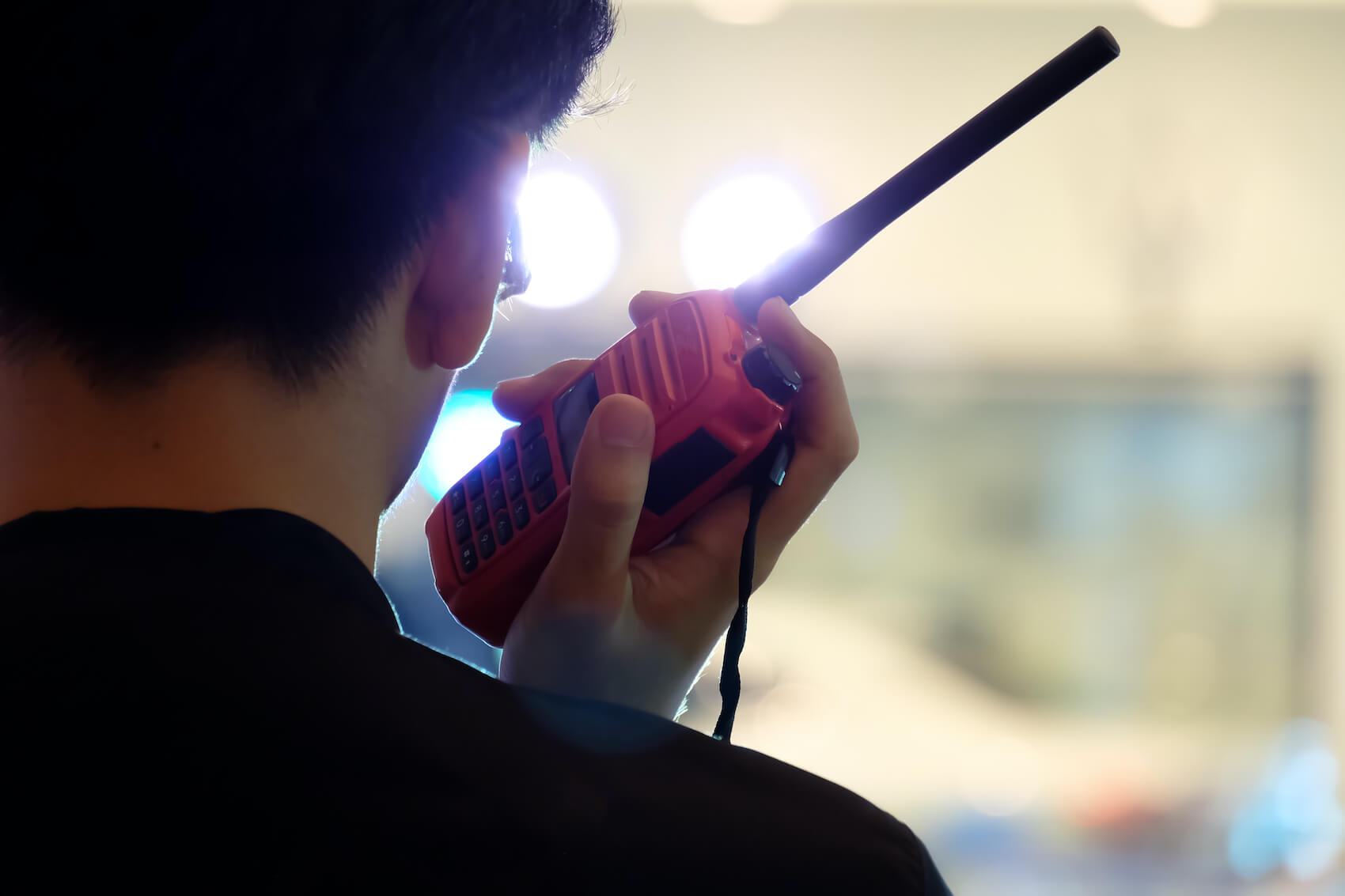 Evaluating the Costs of Two-Way Radios vs Cell Phones

When it’s time to look at your budget and determine which communication devices are best for your business and team, you’ll have a lot to consider. As you know, there are quite a few fees attached with cell phones, with the actual phone itself, the hidden fees, and the contract costs.

Two-way radios are a one-time payment. You don’t have to purchase a contract or continue to make monthly payments on the provider’s plan. Instead, you simply have a valuable tool for your team to communicate with to help you get the job done and to ensure everyone’s safety on the site.

Everyone’s heard the adage “time is money.” When weighing the pros and cons of cell phones vs. radios, this rings especially true. Two-way radios reduce inefficiencies and wasted downtime—saving this time will save money for the whole enterprise.

Why You Should Get Two-Way Radios for Your Business, Industry, or Department

Whether you work in construction, security, healthcare, retail, or emergency services, when a message or an update needs to get out, there’s no better tool than a two-way radio. They’re easy to use, reliable, durable, and cost effective.

One of the best benefits of two-way radios is their versatility. Unlike cell phones, there is great diversity in two-way radio technology that makes it possible to build the most personalized communications fleet for your workplace needs. 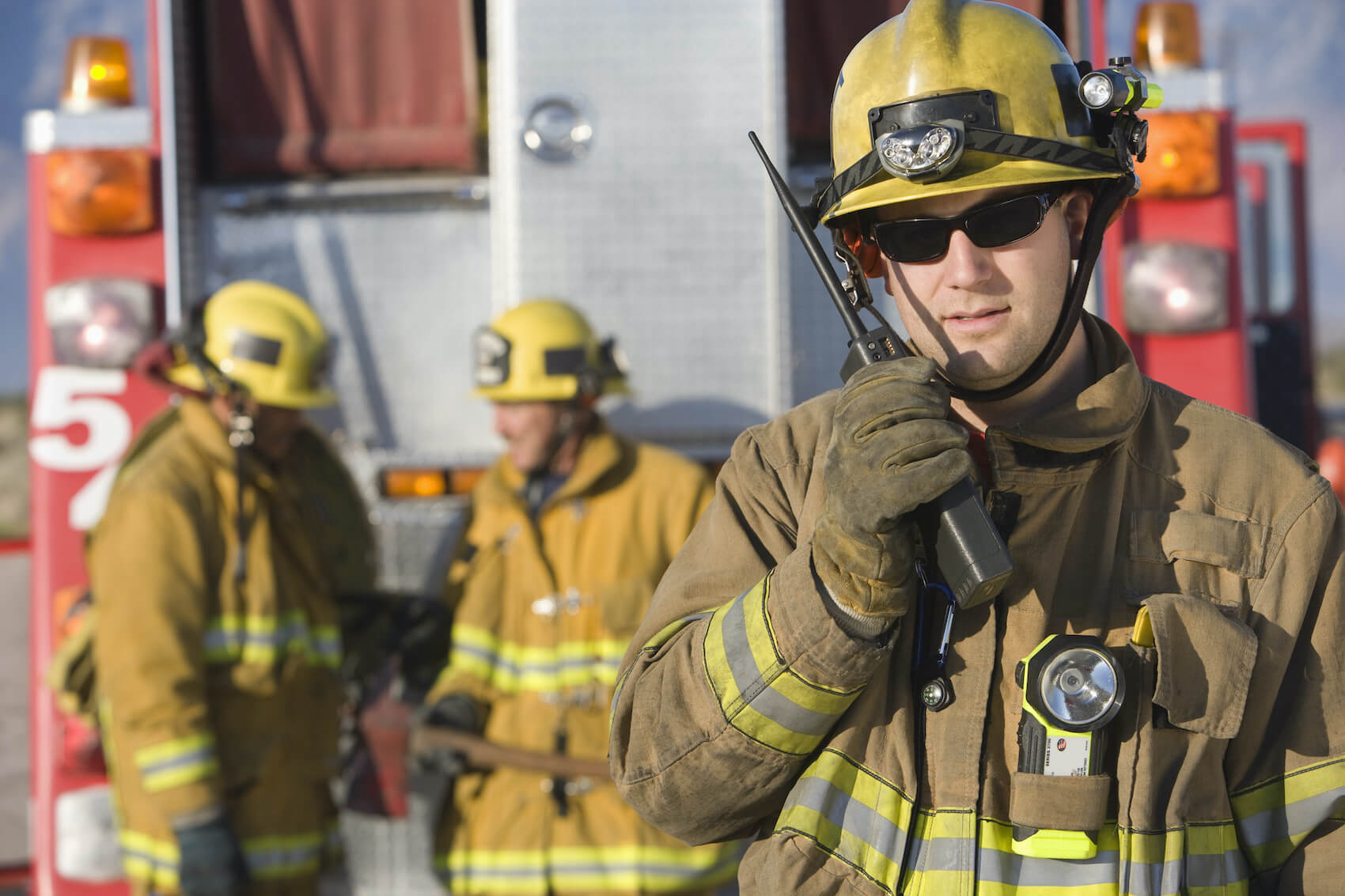 Public safety professionals such as firefighters, law enforcement, EMTs, and other first responders need portable two-way radios that are as tough and flexible as they are. We often recommend radios from the Motorola APX Series.

These digital portables are compatible with analog systems for seamless integration into a legacy suite. In addition, they operate on the P25 network, which is a first responder-specific network that allows for better cooperation among jurisdictions that may otherwise operate on incompatible channels. Other impressive benefits of the APX Series are:

APX Series radios were designed for and by professionals in the industry, and as such, are field-tested to withstand the kinds of conditions that firefighters face. The same can’t be said for cell phones.

Serve customers more quickly with the help of two-way radios. Instead of walking across a sales floor to ask a coworker a question, for instance, a portable two-way radio offers instant answers, eliminating inefficient downtime.

Retail associates don’t need all the rugged capability of the APX Series, however. This industry benefits from portables that are lightweight, intuitive to use, and discreet, which is why we often recommend the Motorola CLS Series for clear, light, and simple communications. There are other features that make the CLS Series suitable for retail environments, such as:

In manufacturing, it’s not uncommon for employees to interact with machinery more often than other people. Manufacturers benefit from two-way radios that offer supreme background-noise-canceling technology and a body construction with enhanced safety, like portables from the XPR 7000e Series. Other helpful features these radios provide include:

If you’re ready to begin your experience of shopping for two-way radios to use in your day-to-day operations, you can turn to Metropolitan Communications for expert guidance. Collectively, we have more than 60 years in the business!

Our team is certified by Motorola and can walk you through our lineup of portable radios while providing you with more details and insight on their range and capabilities. We’ll even help you set up your network and show you the various channels that you can use to delegate information and updates to your team or department.